Las Américas Int. Airport mobilizes more than 15 million pounds of cargo in May 2021, a record figure in its history 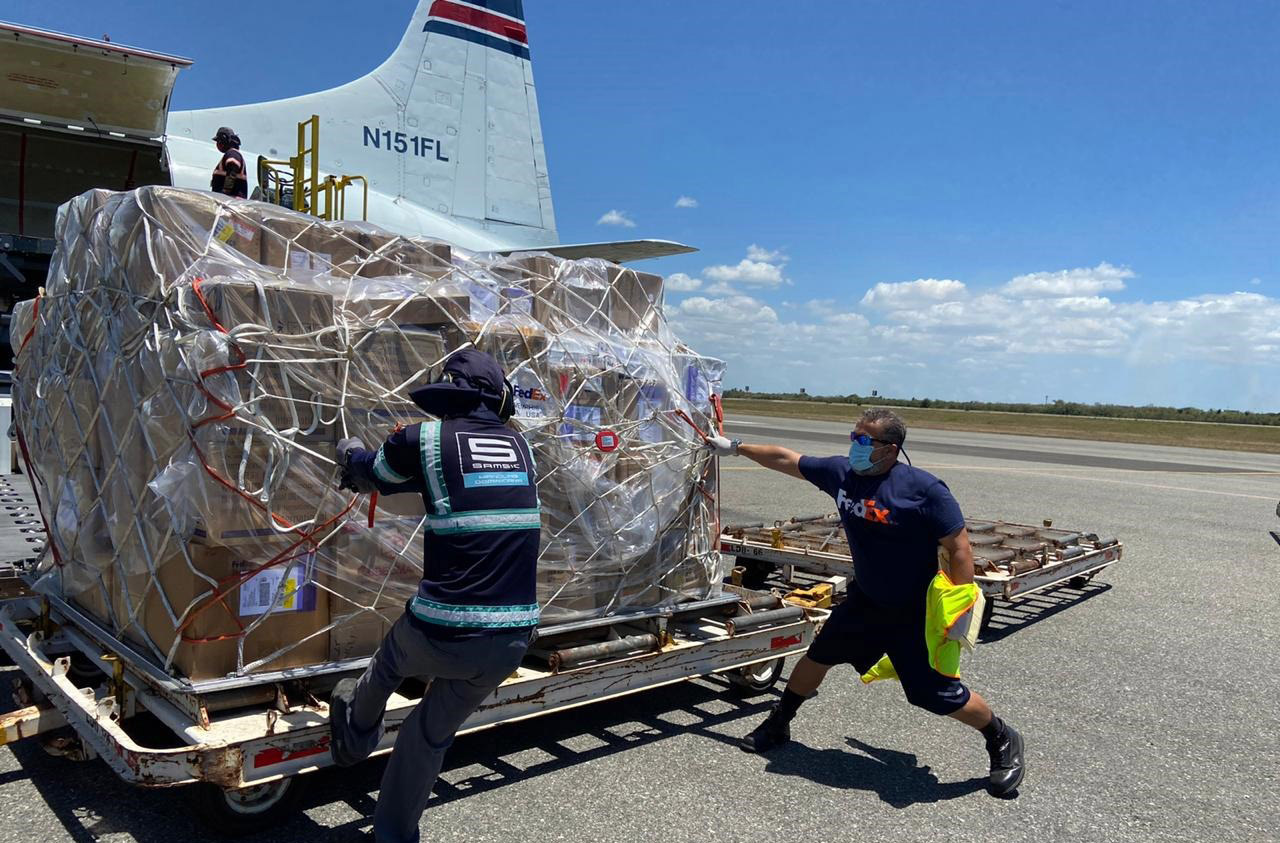 The air cargo activity of the AILA-JFPG presented a favorable balance, exporting 8,495,252 pounds and importing 6,967,590 pounds. Las Américas Int. Airport continues to lead cargo activities in the Dominican Republic as it is the only airport to have an express shipping service, which allows palletized cargo to be placed door to door on the next day in the main global markets.

Aeropuertos Dominicanos Siglo XXI (AERODOM), a subsidiary of VINCI Airports, reported that the 15,462,842 pounds of cargo transported represent 15% and 11% growth over the same period of 2019 and 2020, respectively. During the month, 196 dedicated air cargo operations were carried out, which contributed to strengthening the supply of raw materials to the island.

This significant growth in cargo activities occurs after in November 2020 AERODOM and VINCI Airports delivered, with an investment of more than 1,000 million pesos, the Cargo City SDQ which allowed to integrate into a single and modern space with access exclusive and direct to the ramp area to all the actors and services required for the air transport of goods. In its first phase, it included a new warehouse of approximately 6,800m2 that centralizes all cargo activities and offers an office area for cargo integrators.

About 70% of the commercial air cargo exported through the airport were perishable products (fruits and vegetables) in support of the Dominican producer sector, which were transported to the main markets of Europe, the United States and Central America for distribution. Likewise, the airport has received all shipments of vaccines against COVID19 that have arrived in the Dominican Republic.

The AILA-JFPG is the leading airport for cargo activities in the country. Its strategic location, close to the main logistics nodes, 24 free zone parks and more than 160 exporting companies, allows it to connect local producers to global supply chains quickly and safely through eight cargo airlines dedicated to the transport of air cargo, including three of the world’s leading companies such as UPS, FedEx and DHL. It also has more than 15 commercial flights that transport cargo in the bellies of its aircraft.

This terminal is the only airport in the Dominican Republic that offers the express mail service of the Directorate General of Customs, facilitating import processes. Likewise, it has the presence of Animal and Plant Health in the cargo terminal, further shortening processing times.

The express shipping service offers companies in the country the ability to reduce their inventory costs and quickly access the world market by being able to carry out customs processes of their merchandise in less than three hours, this being a relevant competitive advantage compared to other countries. of the area as this facility only exists in highly developed exporting countries such as Korea, Japan, Germany, the United States, China and others.

The Cargo City SDQ further strengthens the country’s service catalog, allowing it to attract new companies and investments that can take advantage of the strategic geographic location of the Dominican Republic and the AILA-JFPG.

Anterior 27.08.2020 AERODOM delivers to CESAC equipment and supplies for sanitary protection against COVID19